What is solar net metering? 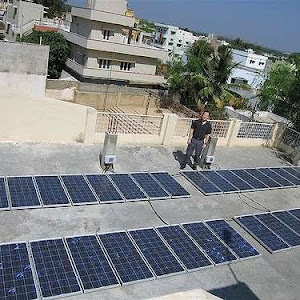 Solar net metering policies encourage homeowners and businesses to install solar by paying them for the solar power they feed back to the grid. The policies provide a financial incentive to install solar in addition to saving on electricity costs.
According to SEIA, “Net metering allows utility customers to generate their own electricity cleanly and efficiently. During the day, most solar customers produce more electricity than they consume; net metering allows them to export that power to the grid and reduce their future electric bills.”
Forty-seven states plus Washington, D.C., took some sort of action on solar in 2016, according to Cleantech’s “50 States of Solar” Q4 2016 report. Of those, 28 states considered or changed net metering policies.
Why is net metering contentious?
Solar installers and utility owners are at odds. Utility owners and some politicians say net metering shifts costs to electric customers who don’t have solar panels, and that falling solar prices lessen the need for the incentive.
Many utilities view net metering as unfair because some states, like Indiana, require utilities to pay solar panel owners more than it would cost the utilities to produce the power.
But installers say net metering helps ease load-burdens during high-demand times. Solar installers are in favor of it because it is an added incentive for homeowners and commercial property owners to invest in solar.
“Independent studies, in state after state including Maine, have repeatedly found that solar net metering saves money for all electric ratepayers,” writes Steve Hinchmin of ReVision Energy, Maine’s largest solar installation company, in the Portland Press Herald. “Plus, residential solar development is proven to help grow local economies, create new jobs, raise incomes and reduce pollution.”
Who decides?
It’s up to the legislative bodies of each state to determine the policy. According to the National Conference of State Legislatures, 41 states have net metering policies in place as of October 2016. Two states—Texas and Idaho—have voluntary utility policies, while three others have distributed generation compensation rules other than net metering. Another three states—Tennessee, Alabama and South Dakota—have no policies in place.
In a Washington Post article about the net metering battle in his state of Indiana, Sen. Brandt Hershman said, “I have nothing against solar. I’m simply trying to reset the marketplace.” He believes solar panel owners are reimbursed at too generous of a rate.
What will the future look like?
Regulators in some states are considering measuring “value of solar” rates in place of net metering, an alternative “designed to capture the value solar installations provide to the electric system,” according to NCSL. But a solar-centric solution means the battle will wage on with other sources of renewable energy like wind power.
Community solar is another initiative that utilities are pushing in lieu of net metering. Under community solar agreements, customers buy or lease panels from large solar projects supported by utilities in exchange for power or financial benefit.
Utilities are fighting for control of energy, but small businesses rely on net metering incentives to make solar economical for customers. Without those benefits, some smaller solar installation businesses might have to turn off the lights.