UK's Wake Up Call On Renewables

The Renewable Energy Association (REA) says that EU figures revealing that the UK is lagging behind the rest of the EU on commitments to meet 2020 renewable energy targets should be a ‘wake-up call’ to the government on renewable policy.
The targets, set by the EU’s Renewable Energy Directive in 2009, mean renewables should account for 30 per cent of electricity, 12 per cent of heat and 10 per cent of transport in the UK by 2020. 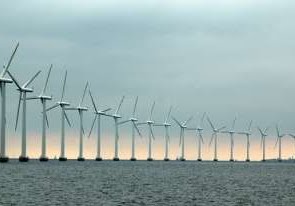 However, a report by parliament’s Energy and Climate Change Select Committee in September estimated that the country was less than halfway to the heat target, while the amount of renewable fuel in transport had been capped at 4.75 per cent.
At the time the then-Energy and Climate Change Committee Chair Angus MacNeil said: “The experts we spoke to were clear: the UK will miss its 2020 renewable energy targets without major policy improvements. Failing to meet these would damage the UK’s reputation for climate change leadership. The government must take urgent action on heat and transport to renew its efforts on decarbonisation.”
Now a European Commission report due to be released on Wednesday (1 February) states that while most of the EU is on course to meet the targets, the UK, Ireland and Luxembourg is lagging behind.
According to the European Commission report, renewables accounted for 16.4 per cent of the overall energy consumption in 2015, though it also warned that nations would have to increase their efforts to meet the steeper targets in coming years and noted that emissions in the transport sector are not being reduced as quickly as hoped.
‘Wake-up call’
Commenting on the announcement, Dr Nina Skorupska, Chief Executive of the REA, said: “This is a wake-up call to our government, which for the past two years has introduced policy changes that have slowed deployment of renewables in the heat, transport, and power sectors.
“Our progress towards these targets to date has helped create a multibillion pound industry that in 2014 to 2015 employed nearly 117,000 in the UK.
“While it appears that UK is on track to meet our power targets, we are seriously falling behind in the heat and transport sectors. The government should take immediate steps to remove the roadblocks to further renewable energy deployment.
“The Department for Transport should accelerate the timing of the 9.75 per cent of renewables in the fuel mix. Increasing the cap on crops in the production of biofuels, including grasses that help replenish soil health, would make this more achievable.
“Further renewable electricity deployment can help ease the burden on the heat and transport sectors. This can be quickly and cheaply done by re-allowing solar PV and onshore wind to compete in government auctions, and allowing for the further conversion of old coal stations to run on biomass is another affordable, sustainable, and rapid option.
“Maintaining renewables deployment isn’t just about meeting targets. This is about building new industry and positioning Britain as an industrial leader in the 21st century.”