Storage Still The Missing Piece Of The UK Energy Puzzle 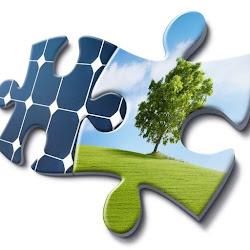 Storage Still The Missing Piece Of The UK Energy Puzzle »
Progress has been slow to integrate the capacity of domestic renewable power systems into the country’s energy policy, according to UK green energy company, Navitron.
The Renewable Energy Association (REA) says that energy storage is still a missing piece in the UK’s energy policy. In 2016 it called on the government to make a number of market and regulatory changes to boost the development of decentralised energy. Key to success is opening up opportunities for new local energy markets that encourage smaller-scale systems to come online.

Stephen Knight, Commercial Director at Navitron says: “Last year we predicted that stored energy would be big news. The battery storage market in the UK has potential to rise from 24MW currently to deliver over 1.6GW of capacity by 2020. This would improve power balancing across the grid and allow small commercial and domestic energy producers to take advantage of cheaper ‘time of day’ energy tariffs."

“Reducing prices for lithium-ion batteries are making them a viable option, not only for electric cars and bikes, but also for use in buildings and power grid management. Batteries offer an established form of energy storage in domestic and commercial settings. Battery technology is developing really fast but lithium-ion batteries currently tick all the boxes with high energy density, low standby losses and a tolerance to cycling."

“The REA recognises that this relatively new technology is likely to be widely deployed. The World Energy Council has predicted that costs will reduce by as much as 70% over the next 15 years. Yet major power generators aren’t currently equipped to incorporate small-scale storage systems into their operation and that’s holding back the development of renewable energy in the UK. This year the government really needs to make good its commitment to reform regulations to give incentives for storage solutions and manage our low carbon future.”