Sophie Vorrath on 31 January 2017
Federal Labor leader, Bill Shorten, has taken a swipe at his opposite number in his National Press Club address, noting that a “proper renewable energy policy” would create “real jobs” for Australians. 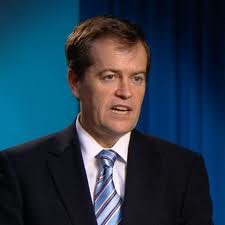 “There are real jobs, not just jobs for the scientists, but jobs for blue collar workers, jobs for engineers, jobs for designers,” Shorten said in his speech on Tuesday, one day before the Prime Minister is to take the same stage.
Shorten, whose NPC address focused on the issue of jobs, has faced heavy criticism from the Turnbull government and the Conservative press for his party’s proposed target of 50 per cent renewable energy by 2030, in contrast with the Coalition’s dialled down target of 23 per cent by 2020.
In its editorial on Tuesday, The Australian Financial Review neatly summed up this point of view by describing Labor’s 50 per cent RET as a “policy joke that will lumber Australians with high power prices and a lack of baseload electricity.”
This argument, however, has been skewered by many independent analysts who warn that a failure to act on climate change and to decarbonise the economy will incur a much greater cost, both economic and environmental.
Shorten, in his speech, made a similar point. “There is a bigger bill to pay if we don’t act on climate change,” he said. “We will hold our ground on climate change. He [Turnbull] is about protecting his job.”
But Shorten was short on detail about the 50 per cent target, and was criticised by some media outlets for avoiding mention of it, altogether, which the Murdoch papers chose to interpret as a sign that he was backing away from the policy.
“Let’s have a look at the opportunity cost of not acting on climate change: more drought, more … negative impact on our tourism industries, more extreme weather events,” Shorten said.
“If we don’t take action on renewable energy, the costs will increase anyway, so let’s … not compare one proposition with a vacuum, because it’s not going to be a vacuum if we do nothing.”
Malcolm Turnbull, who, as we mentioned already, is fronting the National Press Club tomorrow, has reportedly responded to Shorten’s speech by telling Sky News that “Labor does not have one policy which will create one job”.