Even Trump can't dismiss the success of renewables. 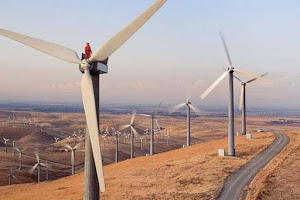 What impact will the climate-sceptic, coal enthusiast President Trump have on the prospects for renewable energy? How will Brexit affect the UK’s renewable sector? And what’s driving the growth of clean energy in Asia? These were key questions for participants at a Guardian roundtable on the future of wind and solar power, supported by Julius Baer.
And the answer to the Trump question? Precious little impact at all. The sheer strength of the renewables sector – driven by plummeting costs and a growing appetite among consumers and business alike – means it will continue to thrive despite the new administration’s doubts. That was the near-unanimous view of the participants. And it might even win over the president himself, as his business brain engages with the potential of clean energy on the one hand, and coal’s lack of it on the other.
Gina V Hall, investment director at The Carbon Trust, predicted that “a lot of the talk about bringing back coal jobs will start to fade. The rhetoric will be put aside in the face of the facts.” And the most persuasive fact of all is market logic. With renewables approaching grid parity (costing the same as electricity bought from the mains supply), their momentum is becoming unstoppable.
Many of America’s most powerful companies, such as Apple and Google, are strongly committed to clean energy, said Hall, “and they’re not going to let the government get in the way of what they want to do.”
Several participants at the roundtable pointed to the fact that clean energy enjoys strong bipartisan support. As Laura Cozzi from the International Energy Agency commented, over half of the renewable capacity installed recently is in Republican-governed states. Such support might even help secure the future of the tax credits that presently help underpin new investments in the sector, said Anja-Isabel Dotzenrath of E.ON Climate and Renewables.