Deal Struck To Develop €220 Million Of Solar Projects In Ireland 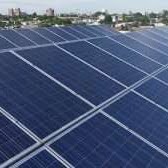 BNRG Renewables Limited and French renewable energy group Neoen have announced their joint venture to develop, construct, own and operate a portfolio of solar projects in Ireland.
The joint venture, BNRG Neoen Holdings Limited will co-develop a portfolio of 23 projects in the South and East of the country totalling over 200 Megawatts (MW).
When constructed, the planned total investment in renewable energy infrastructure will exceed €220 million, creating up to 60 full-time positions in operation and maintenance, another 2,000 jobs during the construction phase, along with additional indirect jobs supported within the broader supply chain.
Construction is expected to commence in mid-2018 with the final projects to be constructed by 2020. Multiple projects will be submitted for planning over the coming months. It is widely expected that large-scale solar projects will be support under new renewable energy support policy to be announced this year. The solar parks and farms will connect to the distribution grid network and will meet the electricity demand of around 80,000 homes locally.
BNRG Renewables is the largest and longest-established Irish solar company. It was an early entrant into solar markets in Europe and the US and is eager to lead the development of the Irish market. Construction will begin this year on its first project on the island of Ireland – a 13.5 MW project in Co Down.
The company has already developed and constructed more than €230 million of Solar PV projects in Europe since 2007, including the completion, in 2016, of a portfolio of more than 20 MW of projects that it owns and operates in the UK. It recently entered the US market, with a pipeline of more than 140 MW at an advanced stage of development in the US.
David Maguire, Director of BNRG Renewables said: “This unique partnership represents a significant investment in renewable energy in Ireland and will be well positioned to deliver first class projects, and real value to the Irish consumer.
“We are delighted to partner with Neoen on our Irish portfolio and look forward to working closely together. There is an excellent strategic alliance between the two groups as both continue to expand their activities in Ireland and internationally.”
Neoen is an independent power producer, generating electricity from renewable sources – solar, wind or biomass – since 2008. It develops, finances, builds and operates plants and is active in France, Portugal, Australia, Mexico, Mozambique, Jamaica, Zambia, Jordan and El Salvador. With a current base of 1,000 MW, Neoen seeks to achieve installed power of more than 3,000 MW by 2020.
The company completed construction, in 2015, on the largest solar PV project operating in Europe. The plant, located near Bordeaux, has the capacity of 300 MW and its annual generation is equivalent to the total power consumption of all households in Bordeaux.
Romain Desrousseaux, deputy CEO of Neoen, said: “This joint venture is a great match of two experienced European independent power producers working and investing together over the long term to bring about a new competitive solar industry in Ireland with associated job creation and training, while leading to provide clean energy for over 80,000 Irish homes.”